The Samsung Galaxy Note is a 5.3 inch Android devices which blurs the lines between phones and tablets. It has a 1280 x 800 pixel Super AMOLED display and a stylus for writing or drawing on the screen. But it can also make phone calls, connect to the internet over a wireless carrier network, and maybe even slide into your pocket. 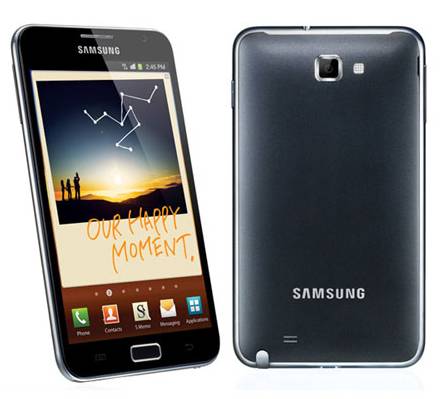 Samsung was promoting the Galaxy Note pretty seriously at CES this year, even going so far as to have a booth where portrait artists would draw charactertures of visitors using the Note and stylus. But up until now the only way to get a Galaxy Note in the US has been to order an unlocked international model.

Now AT&T has announced that it will start taking pre-orders for the device on February 5th. Customers who pre-order should get their devices by February 17th. The Galaxy Note will be available from AT&T online and in-stores on February 19th.

You’ll have to pony up $299.99 and sign a 2-year contract to get the Galaxy Note. That makes it one of the most expensive phones around, but it’s not an unusual price for an Android tablet.

The Galaxy Note has a 1.4 GHz dual core processor, 1GB of RAM, a 2MP front-facing camera, and an 8MP rear camera. It runs Google Android 2.3 Gingerbread and the US version will have a 4G LTE radio.