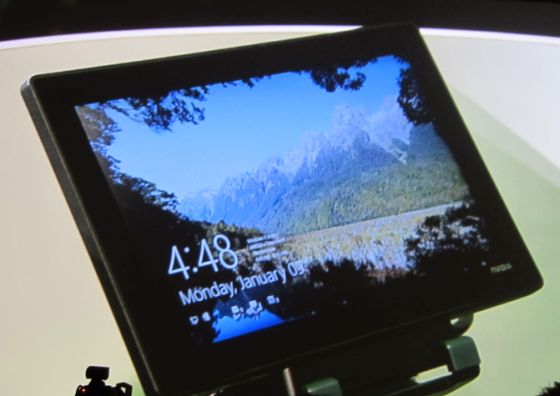 It’s been a year since Microsoft announced that Windows 8 would run on devices with ARM-based processors as well as computers with x86 chips. But while a Windows 8 developer preview has been available for months, it currently only runs on x86 chips.

Today NVIDIA showed off a tablet with a Tegra 3 quad-core processor running Windows 8. We didn’t get to see the tablet actually do very much. But we did get a look at the lock screen, start screen, and Windows Store.

ARM-based Windows 8 devices won’t be able to run apps written specifically for the x86 platform, which means that hundreds of thousands of Windows apps that are already on the market won’t run on Windows. But Microsoft is working to attract developers to the new platform, and apps written for the full-screen Windows 8 Metro user interface will be able to run on devices with both ARM and x86 processors.