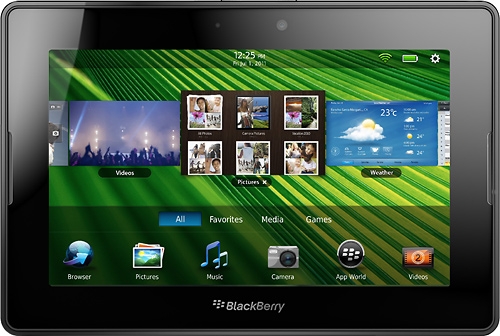 Right now RIM is selling a PlayBook with a 1 GHz TI OMAP 4 dual core processor, so the spec bump should improve performance a bit. BGR reports the new model is also expected to have HSPA+ mobile broadband support and an NFC (Near Field Communication) chip for secure transactions.

RIM’s new CEO had already confirmed that a new PlayBook is in the works, and earlier this month we’d heard that the new model could have mobile broadband support.

The new model will likely have a 7 inch display and run BlackBerry PlayBook OS 2.0. It could hit the streets in May or June.

It’s not clear if the new processor, operating system, or 3G/4G support will be enough to improve PlayBook sales. In recent months RIM has taken a different approach toward boosting sales: price cuts.