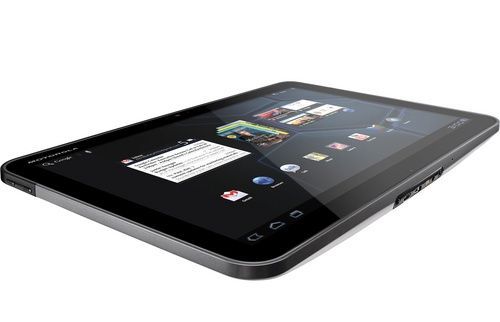 A small group of Motorola XOOM owners that have signed up to be part of a test group are already receiving a Google Android 4.0 Ice Cream Sandwich update for their tablets.

According to Android Police and Talk Android, Motorola started rolling out the update at 9:00 PM Pacific time on January 12th, and will continue pushing the software to testers throughout the weekend.

If everything holds up during the test phase, the company will release Android 4.0 to all XOOM users soon.

The Motorola XOOM was the first tablet to run Google Android 3.0 Honeycomb when it was released in early 2011. Now it will be one of the first tablets to receive an official Android 4.0 software update.