Samsung has started to show off its upcoming Chromebox. It’s a tiny desktop computer designed to run Google’s Chrome OS — an operating system based on the Chrome web browser. 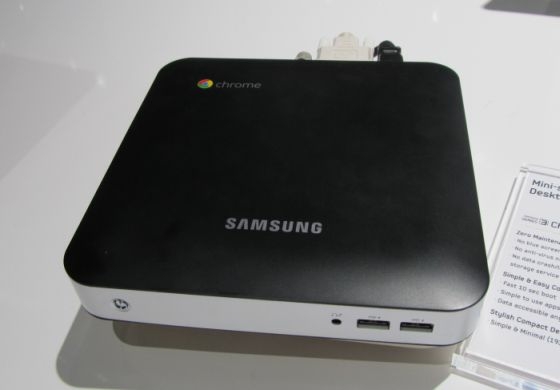 What sets the Chromebox apart from most min-desktop computers is the Chrome operating system which relies on web-based applications and online storage space. You can login with your Google account and get started right away — but if someone smashes the Chromebox with a hammer you can pick up where you left off on another computer.

Hammer incidents aside, this sort of thing is likely to be most useful in education, business, public kiosks, and other areas where multiple people might need to be able to use the same computer.

The Chromebox is also designed to boot very quickly since it has a fast SSD and a light-weight operating system. Samsung says it goes from off to on in about 10 seconds.

The company is also updating its Series 5 Chromebook. 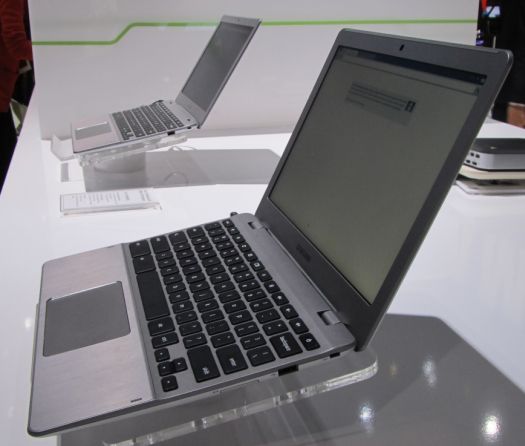 The new model looks a little thinner than the original, and has a design that reminds me of the new Asus Eee PC Flare netbooks, with a palm rest raised above the keyboard.

The biggest change is under the hood though, where the Intel Atom N550 processor has been replaced with a dual core Celeron chip.

Samsung will begin selling the new Chromebook soon for $400 an up.

4 replies on “Closer look at the Samsung Chromebox, next-gen Chromebook”