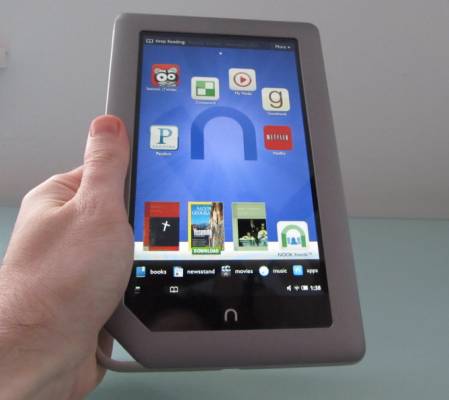 But while the NOOK division is helping prop up the bookstore chain’s bottom line at a time when bricks and mortar book stores are having trouble, B&N is considering spinning off NOOK as a separate business.

At this point the spinoff isn’t set in stone. It’s just something the company is exploring.

But the move would allow NOOK to partner with additional retailers, publishers, and other companies both in the US and around the world. A standalone NOOK company could be much larger than B&N one day.

I can’t help wondering whether the move might also have another purpose. As more and more consumers move toward digital books, running a bricks and mortar bookstore chain is going to get tougher and tougher. Spinning off the NOOK division could eventually allow B&N to fade off into the sunset without dragging the NOOK business down with it. That’s just a guess though.