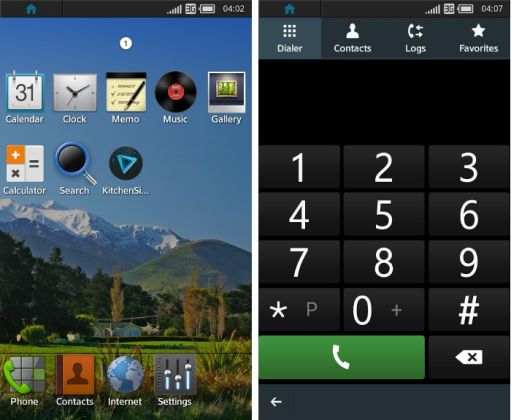 Update: It looks like the merger of Tizen and Bada might not be a done deal yet. A Samsung official has told AllThingsD that while the company is considering the possibility, the decision hasn’t been made.

Samsung plans to merge its Bada mobile phone operating system with the open source Tizen project backed by Intel. Forbes reports that this means existing Bada apps will be able to run on Tizen handsets — and developers that know how to code for Bada will be able to use the same tools to develop for Tizen.

That might not sound like a big deal in the US, where not a single Bada smartphone is available. But Forbes says that Bada already has a larger share of the global smartphone market than Windows Phone 7… which is admittedly not much, at just around 2 percent.

Tizen is an open source Linux-based operating system that rose out of the ashes of MeeGo (which in turn was formed when the Moblin and Maemo products merged).

Tizen places a heavier emphasis on web technologies than MeeGo, but like it’s predecessor it isn’t just designed as a smartphone OS. Tizen could also run on tablets, netbooks, and other connected devices including in-car entertainment or information systems.

It’s not entirely clear if Samsung will kill its standalone Bada platform anytime soon. I wouldn’t be surprised to see Samsung keep the name and use it for future devices running a customized version of Tizen. Instead of getting an Android phone with Samsung’s TouchWiz user interface, for instance, you’d just get a Bada device… that can run Bada and Tizen apps.

By taking an active role in the development of Tizen, Samsung is hedging its bets in the operating system space. Tizen will give the company much more control over the features and customization of the OS for upcoming products — and in some ways Tizen could offer a better experience for developers and possibly users. Most Android apps run in a Dalvik virtual machine, while Tizen apps are native apps that don’t need Dalvik or any other software to run.

But there are already hundreds of thousands of Android apps available and customers are comfortable with the smartphone operating system (although Android tablet sales are still relatively minor). So while Samsung reportedly plans to offer a Tizen device or two this year, I doubt we’ll see the company abandoning Android anytime soon… unless Bada/Tizen devices prove wildly popular right away.

10 replies on “Bada and Tizen sitting in a tree: Samsung, Intel to merge mobile OS projects”