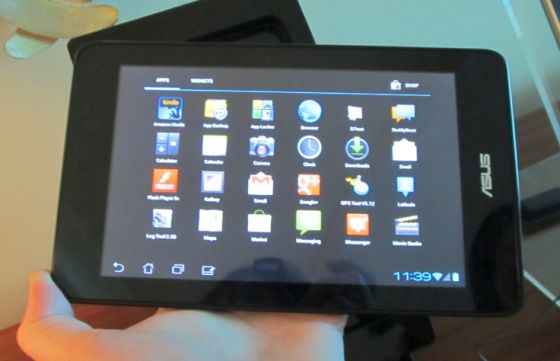 Asus showed off the 7 inch Eee Pad MeMo tablet at the Consumer Electronics Show last year, but never actually got around to releasing the tablet. Now the company says it’s almost ready to go. The MeMo is scheduled to launch in North America during the second quarter of 2012.

The tablet has a 1GB of RAM, 16GB to 32GB of storage, and a 7 inch, 1280 x 800 pixel IPS capacitive touchscreen display. Asus hasn’t fnalized all of the specs yet though — it’s not clear if the tablet will have a Qualcomm Snapdragon or NVIDIA Tegra processor.

Asus says the tablet can play videos for up to 8.5 hours. It will ship with Google Android 4.0 Ice Cream Sandwich.

It doesn’t sound like the tablet has changed very much since its introduction in early 2011, but at least it’s running the latest version of Android now… and at least Asus decided not to simply cancel the product.

Update: Asus has announced that the tablet will have an NVIDIA Tegra 3 quad-core processor and sell for $249.