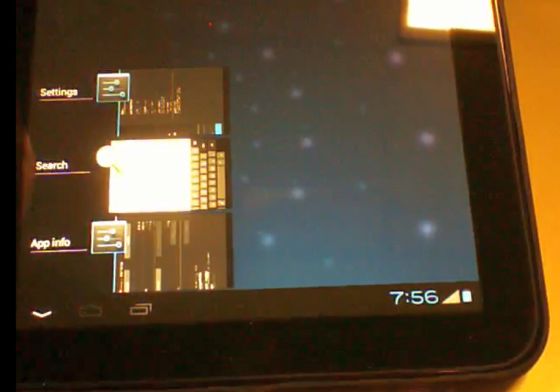 The first official alpha or beta release of CyanogenMod 9 for the HP TouchPad should be available any day now, but it turns out the CyanogenMod team isn’t the only group of developers porting Android 4.0 to run on HP’s discontinued tablet.

Developer Andrew Boren, or @preludedrew posted a barely-functional preview ROM for the TouchPad. It boots on the 9.7 inch tablet, but a lot of features are currently broken. For instance, live wallpapers work, but regular wallpapers don’t — which is a rather unusual quirk.

This build isn’t officially supported… by anyone, and you probably shouldn’t install it unless you’re a developer or a masochist. But if you want to see what Android 4.0 looks like on the TouchPad, reverendkjr has posted a video overview of this build on YouTube.

The CyanogenMod 9 video we saw last week already appears to be more functional. But the tools for installing CM9 on the TouchPad haven’t yet been released.

HP’s tablet has a 1024 x 768 pixel display and a 1.2 GHz Qualcomm Snapdragon dual core processor. It was discontinued less than two months after it was released in the summer of 2011 due to sluggish sales, but it became popular with bargain hunters when HP marked down the price by as much as 80 percent. Many of those users have been replacing the built-in webOS operating system with versions of Google Android or other operating systems.

Meanwhile HP has been continuing to support the canceled tablet with software updates. The latest was released just last week.

6 replies on “Another look at Android 4.0 on the HP TouchPad – video”