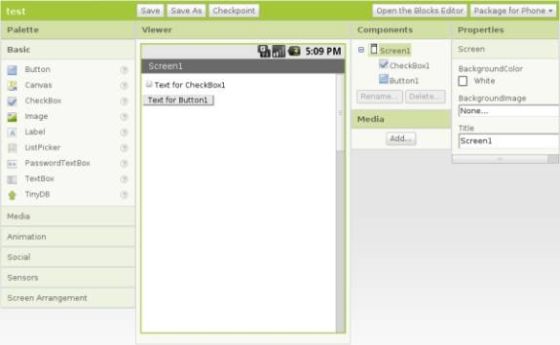 Google started out in search, but the company has expanded into a wide range of businesses over the years, starting with advertising and continuing with email, document creation, mobile operating systems, and even image editing. But every now and again Google decides to shutter some of the projects its developers have been working on to refocus on other areas.

Some of those items will live on in other forms. Urchin led to Google Analytics. Google has used Picnik’s technology to add image editing capabilities to some of its other products. And Google Sky Map will go open source so that other developers can pick up where Google left off.

Last year Google discontinued another intriguing, but not widely used product: App Inventor for Android. The service allowed anyone to create Android apps using a drag-and-drop user interface without having to learn traditional programming languages.

To be fair, not a lot of really great apps came out of App Inventor. But the project had educational potential. While it didn’t technically teach people how to write code in Java, C++, or other traditional languages, it does require you to learn to think like a programmer — and App Inventor proved to be fairly popular with educators.

So rather than kill the project altogether, Google partnered with MIT to open source App Inventor.

It’s taken close to half a year, but now the first open source version of App Inventor is available. MIT isn’t yet ready to accept code contributions from the community, but anyone can download, build, use, and modify the App Inventor for their own needs now, and eventually they’ll also be able to help contribute to improving the software.

4 replies on “Abandoned by Google, App Inventor for Android is now open source”