Notion Ink is working to bring Android 4.0 Ice Cream Sandwich to the Adam tablet. While the software is still a work in progress, the company has released an early build for anyone to download and test. This build is aimed at developers who can help troubleshoot remaining problems and it’s labeled as a pre-alpha.

Right now there’s no support for audio or the camera, Bluetooth and 3G don’t work, and there’s a bug affecting sleep.

But WiFi, GPS, graphics, and other key functions are working properly.

You can find the installer files instructions for downloading and installing Android 4.0 on the Adam tablet at the Notion Ink conclave forum. The company is also making the source code for the project available to the public. 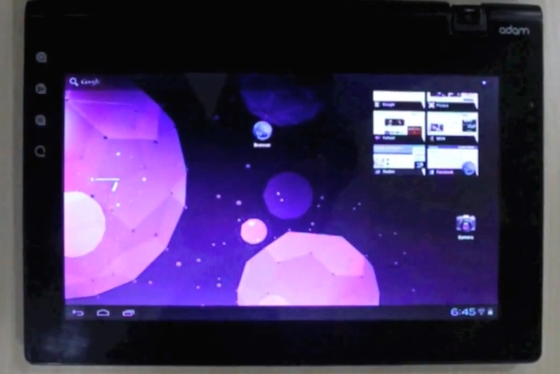 The Notion Ink Adam is a 10 inch tablet produced in limited quantities by the Indian company. The tablet gained a lot of buzz at launch since it was one of the first devices to ship with an NVIDIA Tegra 2 dual core processor and an optional Pixel Qi display which is designed to be visible indoors or in direct sunlight using only ambient light.

Notion Ink also developed its own custom Android interface for the tablet, which has met with mixed reviews. The company chose to go the custom software route partly because Google hadn’t released the source code for Android 3.0 Honeycomb, its original operating system designed specifically for tablets rather than phones. Now that Android 4.0 source code is available for phones and tablets, Notion Ink is working to port it to run on the company’s tablet.

The company is working with the folks from TabletROMS to get Ice Cream Sandwich up and running.