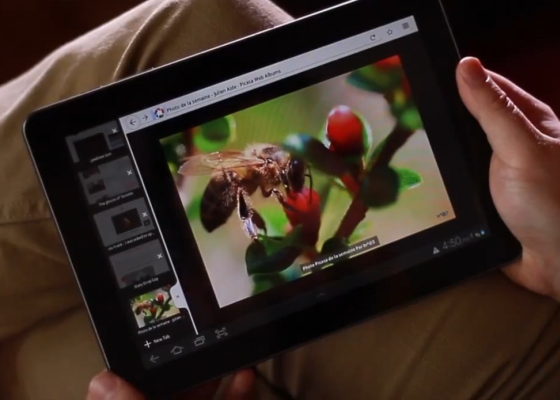 Mozilla has released version 9 of the Firefox web browser for Windows, Mac, Linux, and Android. The latest update is also the first to include a new tablet-friendly user interface for devices running Android 3.0 and up.

Like the mobile phone version of the app, Firefox for tablets lets you access browser tabs by sliding from left to right across the screen to reveal a bar with thumbnail icons of open website. But the tablet version lets you scroll up and down to navigate through those tabs and offers larger thumbnails optimized for high-resolution displays.

Firefox 9 for tablets also has a new location bar and menu system that lets you access most functions from the top of the screen without tapping the Android menu button.

Unfortunately if you’re running an Android smartphone or a tablet with Android 2.3 or earlier, you won’t get the new user interface. Instead you’ll see a version of Firefox 9 that looks an awful lot like Firefox 8. The good news is that the company has also improved the startup speed and overall performance of the browser.

Firefox 9 for Android is available from the Android Market. You can download the latest desktop version of the browser from the Mozilla website.