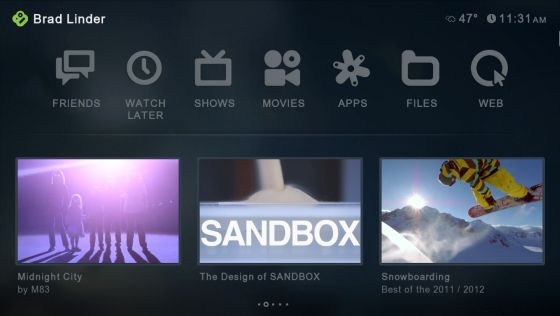 Boxee offers media center software that lets you access music, movies, and internet multimedia all in one place. The company got its start by offering apps for Windows, Mac, and Linux computers. Plug your PC into your TV and it turns into a full-fledged, internet-connected home theater system.

But today Boxee announced that it will be discontinuing its Home Theater PC software at the end of January.

Instead Boxee is focusing on set-top-boxes such as the Boxee Box and “2nd screen devices” including phones and tablets.

Where Boxee comes in is… everywhere else. Boxee takes a plethora of internet-based applications and optimizes them for a 10-foot interface so you can navigate Pandora, CNN, Boing Boing TV, and dozens of other internet media sites on your TV from the comfort of your couch.

I get that dedicated boxes are easier to setup, use less power, and are generally becoming more popular than Home Theater PCs. But they’re a heck of a lot less versatile, partially due to software lock-in.

On a computer I can run any software I like, and even connect a wireless keyboard and mouse to surf the web from my couch. With an internet-connected Blu-Ray player, Apple TV, Roku, or Boxee Box, you’re pretty much stuck with the software that comes with the device and any available plugins or updates.

The good news is that Boxee just released one last software update. Boxee 1.5 for Windows, Mac, Linux, and the Boxee Box is now available — but at the end of January, 2012 Boxee will be phasing out the PC version.

3 replies on “Boxee is discontinuing its PC software, focusing on set-top-boxes, mobile apps”