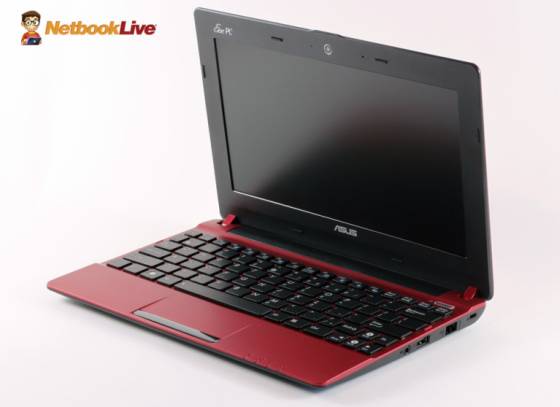 The Asus Eee PC X101CH is a 10 inch netbook with a 1.6 GHz Intel Atom N2600 Cedar Trail processor. It’s due out in February, but Netbook Live got a chance to check out a pre-release version of the new mini-laptop.

Update: Netbook Live has temporarily removed the video, benchmark results and other details to comply with a non-disclosure agreement.

As you could probably guess from the name, this is an updated version of the Eee PC X101 netbook which launched this summer for $199. The new model is probably more expensive since it ships with Windows 7 instead of MeeGo Linux.

It’s also a little thicker than the X101 thanks to full-sized VGA, HDMI and Ethernet ports. The laptop also has a hard drive rather than a solid state disk.

There’s no RAM or hard drive access panel. That means you’ll need to disassemble the Eee PC X101CH to replace or update the internal components.

If you stay tuned until the end of the Netbook Live video you can get a look at the out-of-the-box experience with streaming video. The short version: Don’t expect too much from an entry-level netbook.