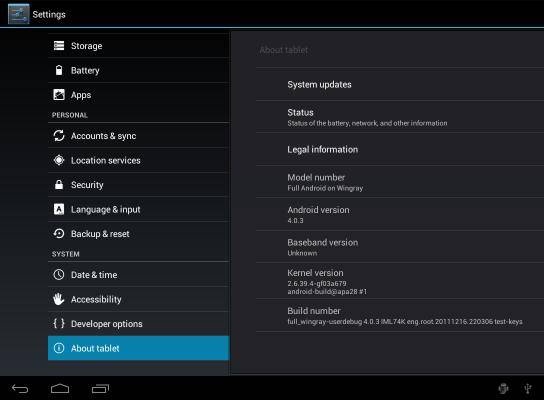 Google released Android 4.0.3 Ice Cream Sandwich this week, and independent developers started kicking the tires right away. It turns out that the software is already pretty much compatible with the Motorola XOOM tablet, and xda-developers forum member razorbladex401 has released a custom ROM for the tablet based on the latest version of Android.

The Motorola XOOM was the first tablet to run Google Android 3.0, and it’s still the closest thing available to an official Google Android developer tablet. SO it’s not surprising that it’s one of the first to support Android 4.0.3.

Motorola and Google will probably push out an official over-the-air software update for the tablet int he coming weeks or months. For now, the unofficial ROM supports most of the tablet’s hardware and offers pretty strong performance. Out of the box it doesn’t yet support the cameras, and the software doesn’t include the Android Market, Gmail app, or other Google apps, but you can install them manually using ClockworkMod Recovery.

If that sounds like too much work (of if you really need functional cameras), you might want to wait for the official release.

via The Verge and DroidNerds

3 replies on “Android 4.0.3 comes to the Motorola XOOM (unofficially)”