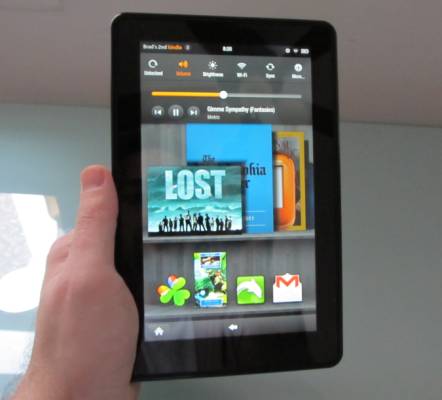 Amazon has never made a habit of providing precise sales figures for its Kindle line of products. But today the company made two major announcements indicating that the devices are selling like hotcakes:

In other words, we still don’t know just how many Kindle Fire tablets Amazon has sold, but the retailer says it’s the number one best-selling product, the most gifted product, and the most wished-for product on Amazon.

So if we do a little math, all we really know at this point is that Amazon is selling more than 142,857 Kindle Fire tablets per week. That’s what you get if you divide 1,000,000 by 7, or the number of Kindles available.

But I get the feeling that the Fire is doing a little better than that. At the very least, I can’t imagine the Kindle DX is selling very well given its high price tag. 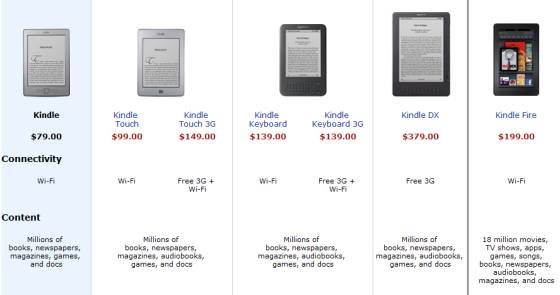 The 7 inch tablet is one of the cheapest Android tablets available with a dual core processor and a high-quality IPS display. It lacks some of the bells and whistles you get with competitors’ tablets, such as removable storage, a removable battery, or a microphone or camera. But overall it’s a pretty nifty little device for less than half the price of an iPad.

Hackers have also been making the Kindle Fire even more useful by adding support for third party software such as the Android Market, overclocking the device with custom kernels, and even completely replacing Amazon’s Android-based operating system with CyanogenMod 7. Android 4.0 Ice Cream Sandwich for the Kindle Fire is also in the works.

4 replies on “Amazon is selling a million Kindles a week”