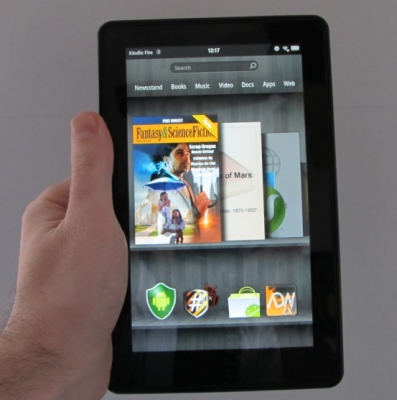 Amazon has a way of tooting its own horn without giving out specifics. Today the company announced that the Kindle Fire and Kindle eReader family has been awfully successful this holiday season, but we still don’t have exact sales figures for any of those devices. That said, here’s what we do know for now:

That’s not surprising, since it’s also one of the cheapest models with premium features such as a dual core processor and IPS display. The Kindle Fire has a starting price of $199, while many other Android tablets sell for twice as much.

Amazon’s business model for hardware is different than that of most tablet makers though. Amazon can afford to sell the Kindle Fire at or below cost in hopes of making up the revenue on digital music, book, movie, and app sales.

The Kindle Fire lacks some of the features you’ll find on more expensive tablets such as GPS, cameras, a microphone, or removable storage. It also runs a highly customized version of Google Android.

But customers that don’t want to play in Amazon’s sandbox have already figured out ways to root the tablet and even replace the Amazon software with custom operating systems based on Android 2.3, Android 4.0, or even modified versions of Amazon’s Android-based operating system.

One reply on “Amazon has sold “millions” of Kindle Fires”