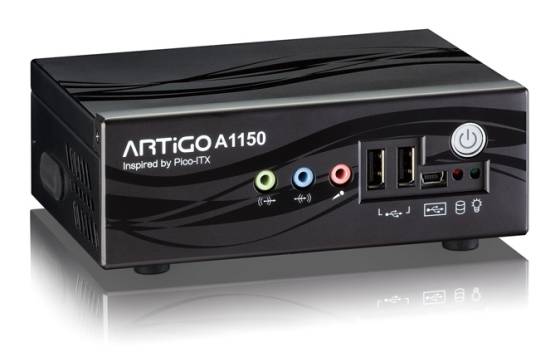 VIA is updating its ARTiGO mini-desktop computer line with the addition of the ARTiGO A1150. It’s a barebones PC kid that comes with a Pico-ITX motherboard, a tiny case, and a 1 GHz VIA Eden X2 64-bit dual core processor.

The system also has a VIA VX900H media system processor. The low power chip can handle HD video playback in MPEG2, DivX, WMV9, VC1, and H.264 formats, which could make the little computer a good choice for a home theater PC.

Last year the company released a similar box called the ARTiGO A1100 with a 1.2 GHz VIA Nano processor and VX855 media processor. The new A1150 is available from the VIA online store for $260, while the A1100 is still available for $238.