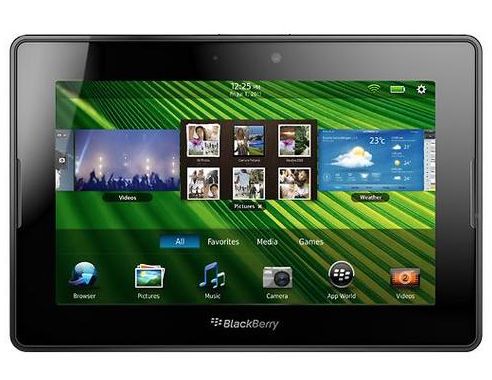 Research in Motion may have delayed the launch of BlackBerry PlayBook OS 2.0 until early next year, but at least the company is adding a few nifty surprises. In addition to native email, calendar, and contact apps and support for Android applications, OS 2.0 will include Print To Go.

That’s not an app that lets you send print jobs from a PlayBook to a printer. Instead, it lets you “print” from you computer and send the document to a PlayBook tablet for viewing instead of sending it to a piece of paper.

N4BB reports that Print To go will work with Microsoft Word documents and it will convert the documents to a PDF file that can be viewed on the PlayBook. Documents will be sent to the tablet over a WiFi network.

RIM has a Print To Go page on its website, but right now the only thing on the site is a software license.

The BlackBerry PlayBook is a tablet with a 7 inch, 1024 x 600 pixel display, a 1 GHz dual core TI OMAP4 processor, and BlackBerry software based on QNX.