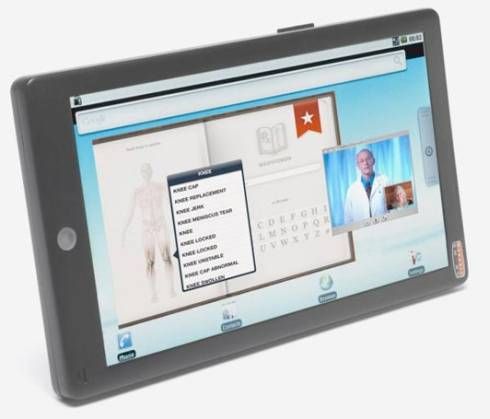 OLPC founder Nicholas Negroponte’s next big idea sounds crazy… and that’s probably because it is. PC Magazine reports he wants to airdrop cheap tablet computers into remote villages without providing any instructions, teachers, or other forms of support.

But developing an inexpensive durable, ultraportable laptop that could be used in the developing world seemed like a crazy idea a few years ago too.

Some would argue that the OLPC XO Laptop project has barely been a success. There may only be about 1.8 million XO Laptops with sunglight readable displays, rubberized keyboards, and open source software in the wild after four years of work — although PC Magazine says the number is closer to 3 million.

Meanwhile Intel’s latest figures show there are more than 5 million laptops based on the Intel Classmate PC design deployed around the world. These feature Intel chips and more traditional design elements, plus a moderately rugged case. Classmate PCs can run Windows or Linux, but most run Windows.

But here’s the thing: Intel’s dominance in the education and developing world market doesn’t mean Negroponte’s OLPC project failed. In fact, the opposite is true.

Before the XO Laptop, nobody was even talking about low cost ultraportable laptops. Up until 2007, if you wanted a 10 inch or smaller laptop with good battery life you had to pay more for it than you would for a full-sized laptop.

That idea has been turned on its head over the last few years, and there are now hundreds of netbook-sized laptops available for $400 or less. Intel’s Classmate PCs may be some of the most commonly purchased by governments and school districts, but HP, Dell, and other companies also target developing and education markets.

Sometimes it takes big, crazy ideas to change the way things are done. And that’s what the OLPC foundation and the XO Laptop did four years ago.

So now when Nicholas Negroponte says he wants to aidrop tablets into remote areas… well, it’s hard to see how that’s going to work. But maybe it will have a positive impact on the world.

Negroponte’s idea is to throw OLPC tablets out of helicopters and allow children to figure out how to use them. He’s hopeful that children will teach themselves how to read. The tablets will come with 100 eBooks and solar panels so that they can be used in areas with no electricity.

The tablets will be able to connect to the internet — although it’s not entirely clear where they’ll get a signal from. Previous reports have suggested the XO tablets will have satellite modems.

Part of the problem with traditional XO Laptop deployments has been the infrastructure required to support the project. The thinking has been that while the laptops are designed to work well in remote settings and have parts that are easy to replace even when the the nearest computer supply store is thousands of miles away, you can’t just drop off the computers and say goodbye.

Deployments have involved training for teachers, information for parents, setups for charging, storing, and securing computers, and other elements that Negroponte is talking about doing away with in an airdrop experiment.

Instead, he’s talking about dropping of the tablets and coming back a year later to see how people used them.

There’s a chance that the answers will be disappointing. But who knows? Maybe the project could spark an information revolution in the most unexpected places. It’s probably not a good idea to discount Negroponte’s big ideas.

One reply on “OLPC to parachute computers into remote villages… literally”