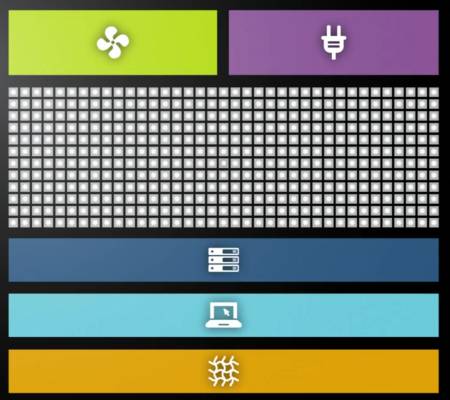 HP has been in the headlines a lot over the last few months while the company tried to decide if it wanted to be in the consumer PC business. It does. But one thing that’s never been in doubt is that HP wants to ramp up its enterprise software and hardware offerings — and today the company rolled out a new enterprise program called Project Moonshot.

Basically, Moonshot is built around new low-power server technology. At launch, HP is using technology developed by Calxeda to offer servers built around low power, ARM-based processors. But HP isn’t married to ARM so much as low-power chips. In the future, we could see servers from HP using other processors such as Intel Atom chips.

The idea is that by using low power chips, you don’t just reduce the electric bill — but you can also pack servers in tighter by sharing resources. It’s easier to cool low power chips, for instance, so you can use the same cooling system for multiple servers.

HP says that allows the company to put 288 servers in a chassis designed for just four. See that picture at the top of this article? All of those little white square signify servers. Each one uses just 5 watts or less.

Clearly, we’re not at a point where all server needs can be met by this type of system, but HP is pitching the new project for companies that offer web services, social media, or other relatively simple content.