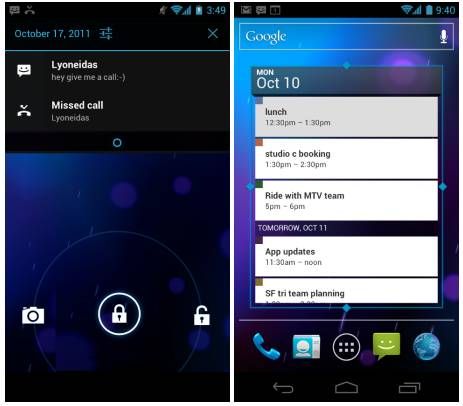 Google’s Android operating system is built on open source software, and that’s allowed device makers to tweak the OS and install it on a wide range of devices. While most Android phones and tablets released so far have shipped with ARM-based processors, we’ve also seen devices with MIPS chips or Intel processors.

But up until recently, Android was optimized specifically for ARM. While you could compile it to run on other hardware, it might not run as well. In the case of MIPS-based devices, I’ve noticed that some Android apps simply won’t run — and that may even include the Android Market itself. And most Intel-powered devices running Android haven’t been fully optimized with power-saving features or hardware graphics acceleration.

That could all change with Android 4.0 Ice Cream Sandwich though. An Intel spokesperson tells IDG News Service that ICS does include optimizations for x86 chips from companies such as Intel.

The news shouldn’t come as a huge surprise. A few months ago Google and Intel announced that optimizations were coming. But this is the first time I’ve seen confirmation that specify that Ice Cream Sandwich will be x86-friendly.

Intel’s chips still tend to draw more power than chips based on ARM architecture, and most Intel chips available today lack the always-connected capabilities we’ve come to expect from smartphone processors. But Intel plans to launch its first smartphone chips in 2012.

The timing is interesting. While Android, which started out as a smartphone OS, is adding support for Intel processors, Microsoft is building support for ARM chips into Windows 8. In other words your next phone could have Intel Inside, while your next laptop could have a Qualcomm or NVIDIA processor.