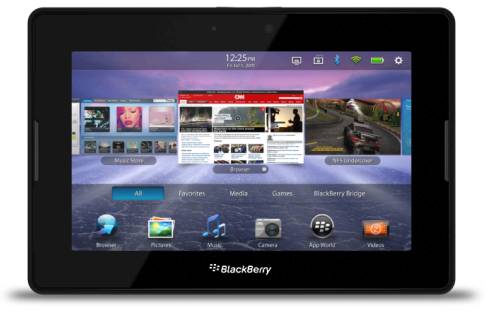 Adobe may be pulling the plug on development of Flash Player for mobile devices, but Research in Motion isn’t ready to give up on Flash just yet.

One of the key selling points for RIM’s BlackBerry PlayBook is the tablet’s support for Adobe Flash content as well as native apps built using Adobe AIR. While Adobe has said that Flash Player 11.1 will be the last version it will produce for the PlayBook or for Android phones and tablets, RIM could continue developing Flash Player on its own.

RIM has a full license for Adobe’s source code, and a company official says RIM “will continue to work on and release our own implementations.”

While Adobe says the future of mobile content is HTML5, RIM seems to be banking on the PlayBook’s ability to offer desktop-style web browsing and for now that includes support for Flash content.

Of course, this doesn’t necessarily mean that RIM will release its own Flash Player 12, 13, or 14 for the PlayBook. The company doesn’t have the same kind of experience that Adobe does developing the project — and Adobe has committed to continuing to offer bug fixes and security updates for existing versions of Flash.

But it looks like RIM still plans to incorporate Flash in future software updates, and may even work to improve Flash performance on its tablet.

Is this enough to keep the Flash Player mobile dream alive? It’s too early to say. The BlackBerry PlayBook is an interesting tablet with a 7 inch, 1024  x 600 pixel display, a 1 GHz TI OMAP 4430 dual core processor, and QNX-based operating system. But the PlayBook hasn’t been a top seller, and RIM has been forced to make deep price cuts and run promotions in an effort to get the tablet into more people’s hands.

Early next year RIM plans to launch a major software update that will add new native apps to the PlayBook as well as support for many third party Android applications.

But RIM’s promise to support the nearly-dead Adobe Flash Player for mobile feels a bit strange since we’re talking about a product that’s not doing particularly well clinging to a dying platform in an effort to keep both alive. It’d sort of like Nokia deciding that nobody really wants a Windows Phone 7 device, so it would launch products with Windows Mobile 6.5 instead.

On the other hand, support for Flash was one of the PlayBook’s key selling points and just because Adobe has moved on doesn’t mean that RIM has. The company has spent too much time promoting the feature — so perhaps the move makes some sort of sense… for now.

One reply on “Can the BlackBerry PlayBook extend the life of Flash Player mobile?”