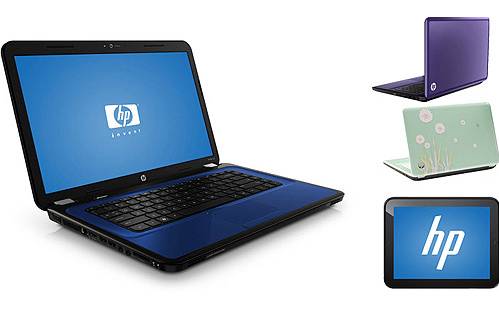 Walmart is offering a limited number of HP TouchPad tablets this week — but there’s a catch. You’ll need to buy an HP laptop if you want to get your hands on the discontinued tablet. The good news is you don’t need to buy an expensive laptop. The laptops cost as little as $348, which means you can get a laptop and TouchPad for $497 and up.

HP introduced the TouchPad tablet in July and canceled the tablet less than two months later in mid-August due to poor sales. The funny thing is that when HP slashed prices to liquidate the remaining inventory, shoppers went nuts and the tablets sold out everywhere almost instantly.

It turns out that people who wouldn’t spend $499 to $599 on a product can get really excited about spending $99 to $149 on the same products. It probably doesn’t hurt that you can also now install an early build of Google Android on the device.

HP made one more order with its suppliers this summer, but never directly sold any of the last TouchPads directly to consumers. Still, a limited supply seems to have gone to retailers including Best Buy, TigerDirect, and Walmart.

Not one of those stores have offered consumers a chance to pick up the 32GB TouchPad tablet for just $149 though. Instead, they’ve bundled it with other products — which is kind of crazy when you stop to think about it. They’re using a discontinued product to boost sales for other items including TouchPad accessories and HP computers.

If you don’t feel like buying a new computer, there is one other way to get your hands on a TouchPad. HP is offering $149.99 TouchPads to webOS developers. You can register to qualify for the Developer Device Program and order up to two devices directly from HP.