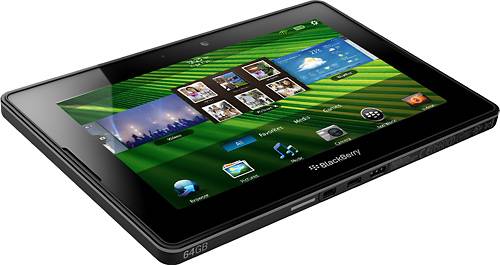 So you thought those $199 BlackBerry PlayBook tablets that have been on sale in the US and Canada for the past week were cheap? That’s nothing. Today Best Buy started selling refurbished models for as little as $150, and Research in Motion is offering tablets to employees for as little as $99.

Here’s the breakdown on the dirt cheap tablets:

The latest development comes on the heels of reports that Best Buy is canceling orders for new BlackBerry PlayBook tablets. It’s not clear if the retailer ran out of stock or something else is at play here.

Update: Best Buy says it simply ran out of PlayBooks and will have more to sell soon.

BlackBerry maker RIM, on the other hand, has repeatedly denied that it’s liquidating inventory to get out of the tablet business the way HP did when it sold off HP TouchPad units at fire-sale prices as low as $99 this summer.

Instead, it looks like RIM may be selling tablets at or below cost in an effort to flood the market and increase the PlayBook user base. If that’s successful, RIM may be able to raise prices and continue selling the PlayBook as a device that’s already popular with users.

In other words, instead of spending millions on traditional advertising, the deep, deep discounts on the PlayBook may just be a form of marketing for the PlayBook.

The tablet has a 7 inch, 1024 x 600 pixel IPS display, a 1 GHz TI OMAP 4 dual core processor, front and rear cameras, and an array of ports for expansion and connectivity. The tablet looks a lot like the Amazon Kindle Fire, which was manufactured by the same Taiwanese equipment maker. But the Kindle Fire launched at $199, while RIM originally charged $499 and up for the PlayBook.

Amazon’s tablet also runs a modified version of Google Android, while the PlayBook runs BlackBerry Tablet OS — although next year RIM will roll out a software update that will make it possible for users to run many Android apps on the tablet.