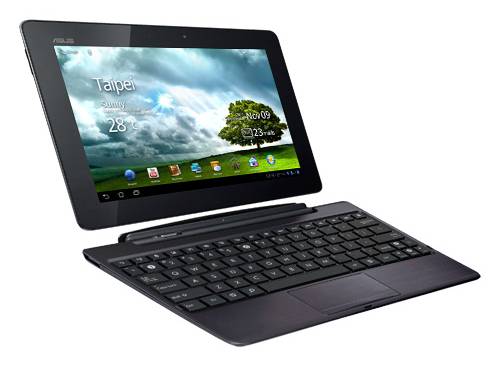 The Asus Eee Pad Transformer Prime is the first tablet to feature a 1.4 GHz NVIDIA Tegra 3 quad-core processor. It’s also thinner and lighter than the original Eee Pad Transformer and while it will ship with Android 3.2 Honeycomb, Asus plans to offer an Android 4.0 Ice Cream Sandwich software update soon.

But while Asus has been showing off the tablet for much of the month, it’s not available for purchase… yet. According to the folks at Netbook News, that will change in a few days.

The Transformer Prime is expected to go on sale in Taiwan on December 1st.

Update: It looks like the official North American launch date is actually the week of December 19th.

Asus is expected to ship the Transformer Prime in Europe in January.

The tablet will run about $500 in the US. Asus will also offer an optional keyboard dock which will extend your battery life and make entering text a heck of a lot easier for about $150.