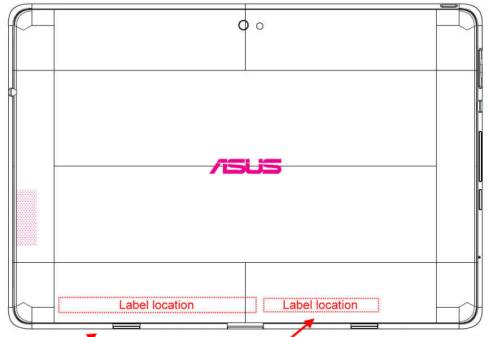 Asus plans to officially launch the Eee Pad Transformer Prime on November 7th. But company chairman Jonney Shih already showed off the tablet at an event last month, and the Transformer Prime has already stopped by the FCC for approval.

Actually, the new tablet hit the FCC website on October 25th — but the website was partially broken fort he last few days, so I haven’t been able to confirm that we’re looking at the Prime until today. According to the label, the new device mdoel number is the TF201, and that’s the same number we’ve seen associated with the next-generation Transformer tablet in the past.

The Eee Pad Transformer is a 10 inch Android tablet with an optional keyboard dock accessory that allows you to use the tablet like a laptop — while also extending the battery life, since the dock has its own battery.

While the first Transformer tablet packed a 1 GHz NVIDIA Tegra 2 dual core processor, the new Transformer Prime is expected to be one of the first devices to use an NVIDIA Kal-El quad core processor. Like its predecessor though, it will likely ship with Google Android Honeycomb. A software update will likely bring Android 4.0 Ice Cream Sandwich to the tablet later this year or early in 2012.