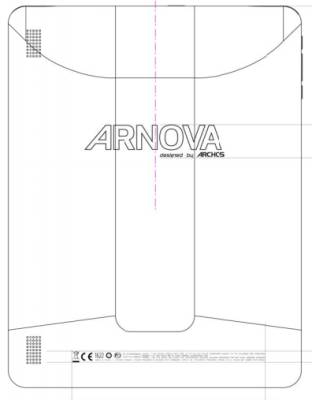 The tablet showed up recently on the Arnova website, but there’s no word on a price or release date. This week it passed through the FCC, which is a pretty good indication that Arnova’s parent company Archos is at least thinking about launching the Arnova 9 G2 in the US.

Archos tends to release its cheaper tablets under the Arnova brand name, so odds are this isn’t going to be a high-end device. It’s not as thin or light as an iPad 2 or other high-end Android tablets, and it offers just 8GB of storage.

On the other hand, the tablet does support 1080p HD video playback, has built-in stereo speakers, a front-facing camera, mic, and G-Sensor — features which may help the Arnova 9 G2 stand out from other low-cost Android tablets.

2 replies on “Archos Arnova A9 G2 stops by the FCC”