The good news is that you can use SuperOneClick to re-root your tablet just as easily after installing the software update. Just follow our step-by-step guide. 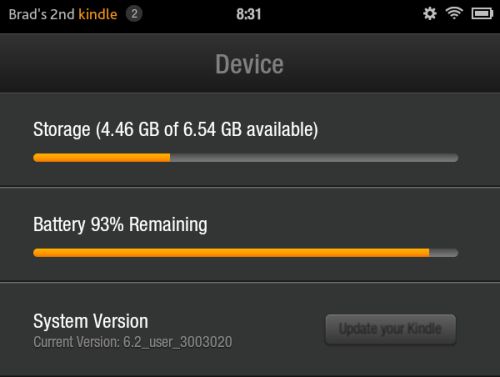 Oh, the joys of being an early adopter and tweaker. I suspect it won’t take long for someone to whip up a program to prevent automatic updates. For most users, the automatic updates are probably a good thing though, as they’ll allow Amazon to push security updates and software improvements without user intervention.

Here’s a fun fact though. You can download the update file manually and open it up with a file archive manager such 7-zip to get a look at its insides. The file is choc full of apps including the app launcher, email app, and Kindle apps. There’s also a boot animation folder.

I wonder how long it will take for someone to create a custom system update that lets you flash the tablet with alternate apps, animations, and other tweaks.