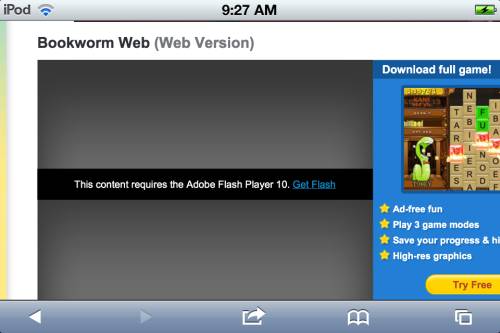 Adobe’s Flash Player has been the de facto standard for online video and games for a number of years… but the plugin is losing ground as new web technologies including HTML5 become more common. Now ZDNet reports that Adobe is pulling the plug on Flash Player for mobile devices… which means we might not ever see a Flash Player 12 for Android, BlackBerry Tablet OS, or other mobile devices.

Adobe has confirmed that Flash Player 11.1 for Android and the BlackBerry PlayBook is on the way, but that will be the last effort toward creating a Flash Player browser plugin for mobile devices. There will be bug fixes and security updates for a while, but Adobe’s shifting its focus away from the browser plugin approach.

That doesn’t necessarily mean all Flash technology is endangered — Adobe still offers a powerful suite of tools that developers can use to create web and native apps. In fact, Adobe recently updated the platform so that developers can write apps in Flash and then export them as native iOS apps — which means that you can basically write an app that will run in a desktop web browser, and with a few minor changes you can also sell it as an iPhone or iPad app in the App Store.

While it’s tempting to say that today’s news is proof that Steve Jobs was right — that there’s no place for Flash or other browser plugins on mobile devices, it’s just as likely that Apple’s famous resistance to allowing Flash on iOS devices simply helped put a fire under Adobe to focus on native app development. It also likely helped speed up development of HTML5 and other web technologies which helped web apps feel more, well, app-like without relying on anything other than a good web browser.

As for what this means for Adobe in the long run, it’s too soon to say. The company has announced plans to layoff 750 employees and increased support for HTML5. 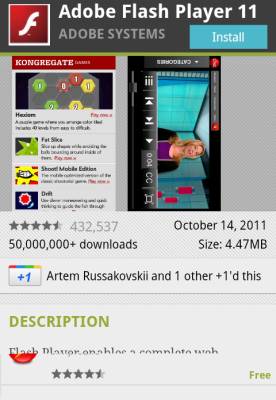 Flash is also only one of Adobe’s products. The company also still has some of the world’s best-known media creation and editing software under its belt, including Photoshop, Illustrator, InDesign, Premiere, and Audition under its belt, not to mention the Adobe Connect web conferencing suite and Adobe Acrobat PDF utilities.

It’s a little early to count Adobe out… even if the company shifts its focus from browser plugins to other forms of media and app creation tools. Adobe is also working on Flash Player 12 for desktop operating systems.

Still, if you shunned iOS and picked up a competing tablet because you saw its support for Adobe Flash as a feature — I hope you like the existing Flash Player functionality, because it doesn’t look like we’ll be seeing many improvements.

3 replies on “Adobe ceasing development of Flash Player for mobile”