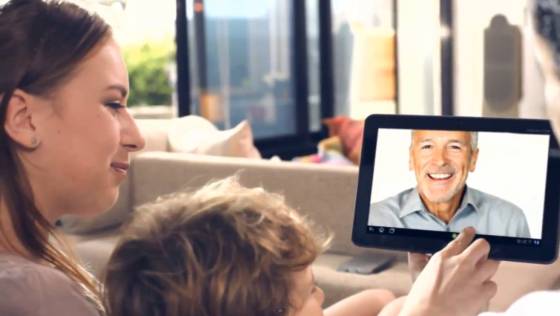 Acer still hasn’t actually announced that it’s building a new Android tablet called the Acer Iconia Tab A200. But the company has put together a demo video for the tablet which is designed to tug at your heartstrings a bit.

The video confirms that the tablet will have a full-sized USB port as well as what look like microUSB and micro HDMI ports. There’s a microSD card slot, and the tablet appears to have a 10 inch display. It runs Android 3.x or newer operating system, as well as a front-facing camera for video chat.

You can also see the kids chatting with grandpa while he’s floating in a room bathed in white light for some reason… maybe he’s dead? A seance feature would certainly help the A200 stand out from the crowd.

The Iconia Tab A200 has been making its way through regulatory agencies including the Bluetooth SIG and FCC over the last few weeks. Word on the street is that it will be Acer’s new low-cost 10 inch tablet, featuring an NVIDIA Tegra 2 processor and 1280 x 800 pixel display. Acer may also be working on higher-end devices with NVIDIA Tegra 3 chips and higher resolution displays.