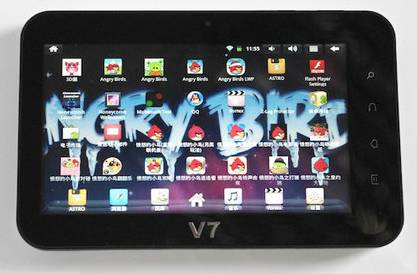 But those aren’t what set these tablets apart from the crowd. No, it’s the Angry Birds artwork dripping from the seams.

In fact, there are icons for a whole bunch of other Angry Birds games I’ve never heard of as well.

Angry Birds isn’t exactly a processor-intensive application, but it is certainly easier to play on some tablets than others. You need a reasonably fast processor and a fairly decent touchscreen. Hopefully the Angry Birds-centric nature of the new Wopad tablets mean that they incldue both of those things.