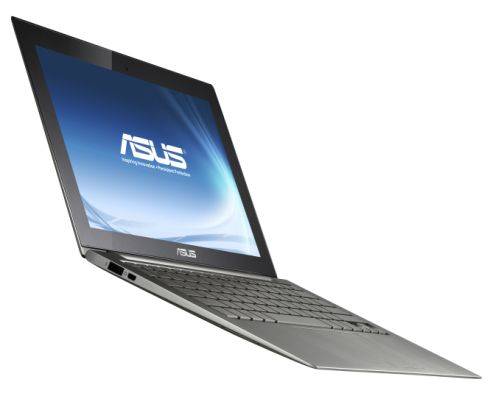 This summer Intel rolled out a new platform for thin and light computers called ultrabooks. Basically an ultrabook is a notebook that weighs less than 3 pounds, measures less than 0.8 inches thick, and costs less than $1000.

Oh yeah, and since Intel came up with the idea, they pretty much have to have the latest Intel mobile processors and Intel also wants PC makers to use solid state disks (to improve performance, keep heat generation down, and save space).

Asus is one of the first companies expected to sell ultrabooks. The company will hold an event on October 11th to launch its new line of ultraportable notebooks. I’ve kind of been wondering why Asus is referring to the event as a “reveal” though, since Asus already introduced the UX21 and UX31 ultrabooks way back in June.

But Notebook Italia has a little insight into the event. Apparently Asus is sending out invitations to an event in Italy which refers to a new product called the “Zenbook.”

It’s not clear at this point if one or both of these products will be dubbed as a Zenbook, or if Asus has a different device up its sleeve. It is interesting to see Asus shifting the focus away from the “ultrabook” buzzword that belongs to Intel by giving its upcoming products a different name. I wouldn’t be surprised if other computer makers follow suit before launching their own thin and light laptops.

5 replies on “Will Asus rebrand its ultrabooks as “Zenbooks?””