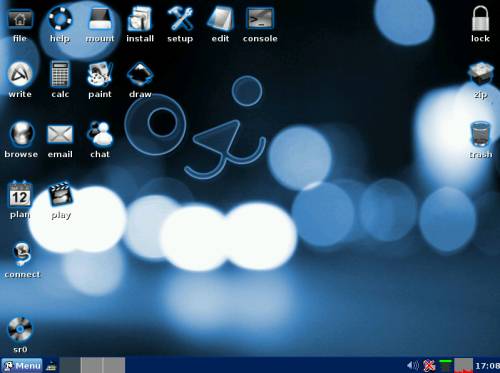 Ubuntu Linux may have grabbed a lot of headlines when version 11.10 was released earlier this week, but it’s not the only Linux-based operating system to get an overhaul this week. Today Puppy Linux 5.2 Wary was released.

Puppy is a light-weight Linux distribution designed to run on a wide range of computers including older systems that might not have fast processors or much RAM or storage space. Puppy was one of the first Linux-based operating systems I tested on a netbook way back in 2007, and it worked quite nicely.

You can try Puppy Linux without installing it by downloading the 124MB Live CD ISO and either testing it in a virtual machine such as VirtualBox or burning the image to a CD or preparing a Live USB stick that you can use to boot into Puppy without installing anything to your hard drive.

Despite Puppy’s small size, the operating system comes preloaded with a word processor, spreadsheet app, image editor, web browser, media player, and other applications. You can also install many more applications or remove apps that you don’t need.

The latest release has been recompiled in T2, supports easily upgrading from Xorg 7.3 to 7.6, and features a number of improved, replaced, and fixed applications. You can find more details in the release notes.