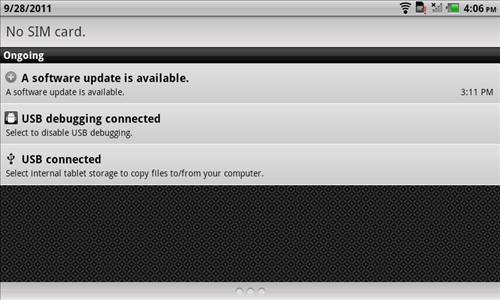 The bad news is that the software update will not be available for T-Mobile Dell Streak 7 owners, which means that if you picked up your tablet from T-Mobile in the US, you’re stuck with Google Android 2.2 Froyo. That shouldn’t come as a huge surprise, since T-Mobile pretty much discontinued the tablet this summer. You can still pick up a refurbished model from T_Mobile for under $100 though.

T-Mobile users might be able to install a custom ROM based on Android 3.2, but the official update won’t be made available.

Dell also notes that users with rooted tablets won’t be able to install the update.

The Android 3.2 Honeycomb update will add Google’s new tablet-friendly user interface to the tablet as well as an enhanced version of Dell’s Stage user inter interface.