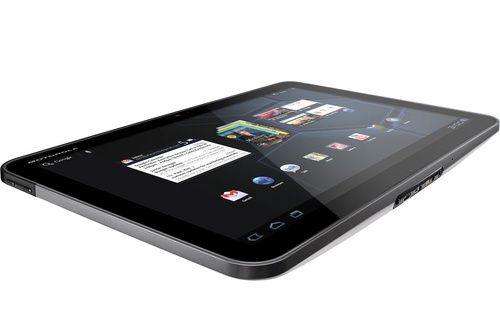 When the Motorola XOOM hit the streets in February it was missing two key features: a 4G LTE modem and a working SD card slot. It took a while, but in July Motorola finally rolled out an update that allowed users to insert an SD card and read data from it. And last month Motorola and Verizon finally started to make good on its free upgrades from Verizon’s 3G network to its faster 4G LTE network.

But it turns out that Motorola isn’t just changing out the radio for customers who send in their tablets. Droid Life reports that the company is also upgrading the tablet to run Google Android 3.2.2. Among other things, the new software includes the latest version of the Google Android Market — and full read/write support for the SD card slot.

In other words, not only can you load up an SD card with audio, video, documents and other files and access them on your tablet — you can actually save data to your SD card or make changes to documents or files on your removable storage.

It’s kind of baffling that the software update this summer only offered read-only support for the SD card, but it’s good to hear that more than 7 months after launching the XOOM tablet, Motorola is finally making it fully functional.