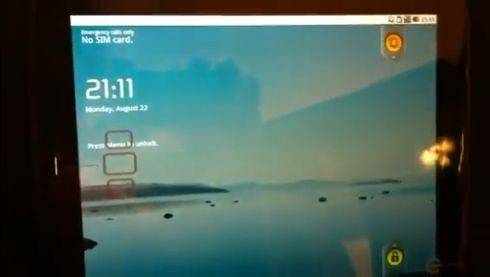 Independent developers have been working for the past few months to port Google Android to run on the recently discontinued HP TouchPad tablet. The effort got a big boost in late August when a handful of users reported that they had received HP TouchPad tablets with Android preloaded. At least one of those people shared a system dump with the community.

HP originally shipped the TouchPad with webOS, but now that the tablet has been discontinued it’s not clear how much more support it will received from HP. There are also far more third party apps available for Android than for webOS.

While Chinese developer Chomper and the folks behind the popular CyanogenMod Android software both appear to be making good progress in bringing Android to the tablet, both projects would get a big shot in the arm if someone would release the Android source code used for the TouchPads that shipped with the operating system. The system dump only gets you so far.

So some developers reached out to Google and suggested that since some HP TouchPads shipped with Android, the company was required under the GPL to release the source code. Unfortunately HP’s Phil Robb replied that the company has launched an internal investigation to figure out how Android TouchPads made their way into the world — and determined that HP wasn’t responsible.

In other words, HP believes it’s under no obligation to release any Android source code for the tablet because HP didn’t distribute the tablet with that software. In fact, it’s possible that HP may not even have much in the way of Android source code for the TouchPad. The handful of tablets that shipped with Android were likely test units that were handled by the Taiwanese company that built the devices for HP.

The company is still trying to figure out who was responsible for distributing the TouchPads that had Android on them. Some folks appear to be skeptical, since early reports suggest that the Android-powered tablets were purchased from retail stores including Best Buy — and it seems unlikely that they would have been sent to those stores by anyone other than HP. But it’s difficult to disprove HP’s claim that it’s not responsible.

One of the interesting notes in Robb’s letter, though, is that he says HP is committed to the open source community and believes that once anyone has purchased a TouchPad they have the right to do whatever they like with it — including porting Android, MeeGo, or altered versions of webOS. Robb’s note to the developers porting Android actually goes as far as to say “we applaud your efforts”.

Sure, you may damage the device and void your warranty… and HP won’t be offering any real assistance. But there’s no EULA or other restriction that attempts to prohibit users from modifying the software on their devices. That’s a nice chance of pace from the way some other companies handle their products.