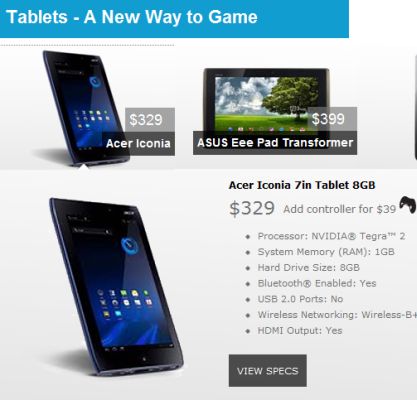 Video game retail chain Gamestop is now offering Android tablets through its website and in select US stores. As announced last month, Gamestop isn’t offering tablets under its own brand name, but instead sells a handful of popular tablets from well known companies.

Gamestop is charging the suggested retail price for each tablet, at $329, $399, and $499, respectively. But the company is preloading each tablet with 7 games including Madden NFL, and Dead Space. Gamestop is also installing the Kongregate Arcade video game store on each tablet.

The company is also offering a $39 game controller which can be used with any of the three tablets.

Gamestop operates 6,500 stores, but the tablets will only be available in 200 US stores as part of the initial pilot program.

The move into the tablet space is interesting. On the one hand, a growing number of people are using mobile devices such as smartphones and tablets for gaming — but I’m not convinced that customers will choose to buy their tablets from Gamestop simply because they come with a couple of extra games.

The video game controller, on the other hand, does sound like a promising value-added proposition — but it’d be even more appealing if it was included in the price of a tablet. 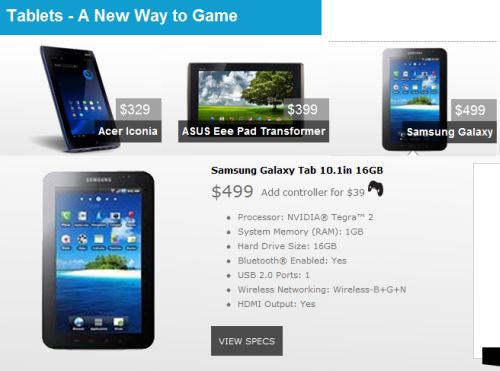