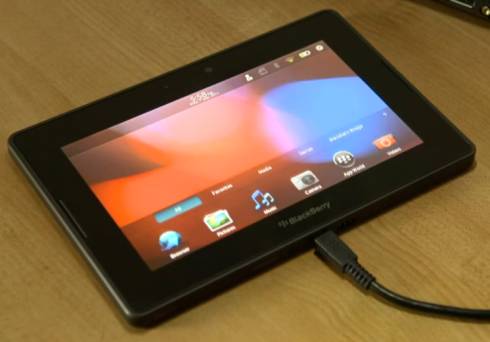 BlackBerry PlayBook OS 2.0 is designed to add features to Research in Motion’s tablet that have been missing. It includes native calendar, email, and contact apps, as well as a video store. The OS update also adds support for Google Android apps, which should dramatically increase the number of third party apps that can run on the 7 inch tablet.

Unfortunately RIM has announced that BlackBerry PlayBook OS 2.0 won’t be available for customers until February, 2012 — and when it does launch, it won’t include the popular BlackBerry Messenger (BBM) service.

The company does promise that BBM will be available for the tablet eventually — but for now the only way to use BBM on the PlayBook is to pair the tablet with a BlackBerry Smartphone and use the BlackBerry Bridge app.

A beta version of OS 2.0 was released to developers recently, and PlayBook users and developers have been hard at work porting Android apps to run on the tablet. But it looks like users that are uncomfortable running beta software on their tablets will have to wait a few more months to get their hands on the tablet.