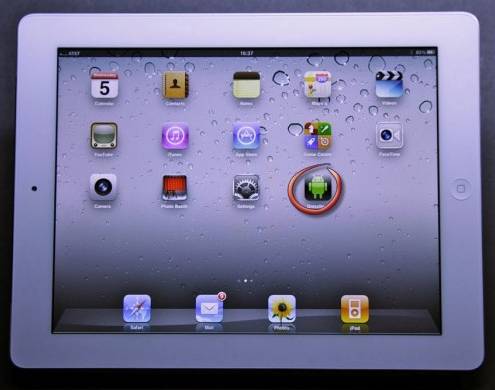 Myriad Group has unveiled new software that allows Android apps to run on non-Android devices… including the Apple iPad and other iOS devices. Myriad has been showing off its Alien Dalvik software since early this year, but version 2.0 adds support for a wide range of tablets, eBook readers, televisions, and other devices including Apple products running iOS.

The software makes it possible for developers to write apps for one platform and deploy them across multiple devices.

Here’s how it works. A developer writes an Android application and then use Alien Dalvik 2.0 to take the APK file and wrap it up in a package that can run on non-Android systems.

From a user standpoint, you’d then be able to download the app from the App Store or any other distribution channel and run it as if it were a native app written for iOS or whatever platform you’re using.

The company will be showing off the technology at the CTIA trade show next week.