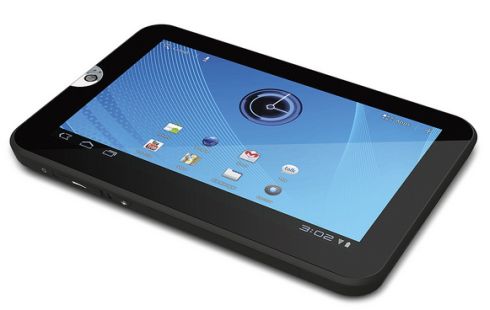 Toshiba has unveiled a new 7 inch Android tablet which the company plans to sell in December for under $400. If the tablet looks familiar, that’s because it looks almost exactly like the Toshiba Thrive 10 inch tablet. The key difference is that the Thrive 7″ is… smaller.

Under the hood, the two tablets have identical specs, including a 1 GHz NVIDIA Tegra 2 dual core processor, a 5MP rear camera and 2MP front-facing camera, and even a high resolution 1280 x 800 pixel display.

But the smaller tablet won’t have all of the goodies that you get with the 10 inch Thrive. Instead of full-sized USB, SD card,  and HDMI ports, you get mini and micro versions. And the back cover of the Thrive 7″ is not removable, which means the battery isn’t meant to be user replaceable. 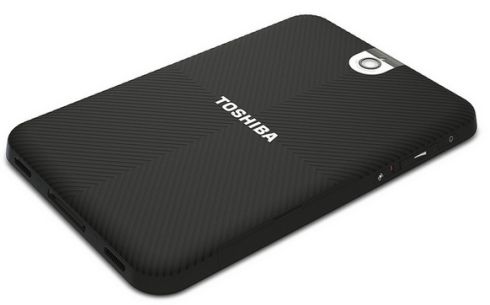 The good news is that the Thrive 7″ isn’t just smaller than its older brother. It’s also lighter, weighing just 0.88 pounds (compared with 1.7 pounds for the original Thrive tablet). The new kid isn’t as svelte as some of its peers in the tablet world, measuring about 0.47 inches thick, but the textured plastic on the black is designed to make the tablet easy to grip.

The Toshiba Thrive 7″ will ship with Google Android 3.2 Honeycomb and features SRS audio, WiFi, Bluetooth, and GPS. It will be available with 16GB to 32GB of storage.

7 inch Android tablets seem to be all the rage these days. Acer recently launched one, and Lenovo will offer a budget 7 inch tablet for $200 soon. One of the few companies that doesn’t seem to be working on a 7 inch tablet is Motorola. Instead we’re waiting for a new 8 inch tablet from Motorola. Apparently little is big these days. Or maybe the goal is just to try to provide something different enough from the Apple iPad to convince some tablet customers to choose Android… and to convince Apple not to sue for intellectual property crimes.