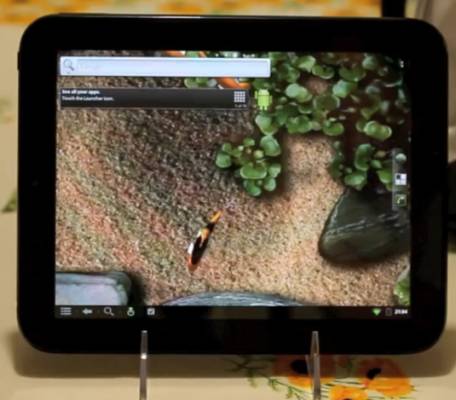 A group of CyanogenMod developers have made some amazing progress in porting Google Android to run on the HP TouchPad tablet in recent weeks.

If you’ve been watching the videos the team has put together showing their work so far, you’d be forgiven for thinking that almost everything is working. But there are actually a number of bugs to fix, which is why CyanogenMod still hasn’t released its Android software for the TouchPad to the public.

What the team has done though, is allow the public to take a peek at the the list of outstanding issues. As of Friday, September 23rd, there are 26 issues, including high priority, low priority, medium, and critical ones. Here are some of the things the CyanogenMod team is still working on:

Update 9/26: Bluetooth is now working, and DarkRedFlame has created a CyanogenMod progress thread at the RootzWiki forum which may be a little easier to follow.

Update 10/13: Many of the bugs have been fixed and there’s now an alpha version of CyanogenMod 7.1 available for anyone to download and install on an HP TouchPad.

The team also wants to create a webOS app that you can use to reboot the tablet to Android, as well as an Android menu that lets you reboot to webOS. While you may eventually be able to replace the webOS software that comes with the tablet with Android, right now the goal is to create a dual boot solution.

Other remaining issues include bugs with the gyroscope, screen auto-orientation, and video playback. The HP TouchPad is a tablet with a 9.7 inch, 1024 x 768 pixel capacitive touchscreen display, a 1.2 GHz Qualcomm Snapdragon dual core processor, and 16GB to 32GB of storage (a 64GB model was also in the works when the tablet was discontinued).

HP canceled the tablet due to underwhelming sales, but when the company liquidated remaining tablets at prices as low as $99, the TouchPad suddenly became a hot commodity. It’s not clear how many of them are in the wild, but I wouldn’t be surprised if there are about a million TouchPad owners now, and many of the geekier ones picked up the tablet hoping they’d one day be able to install Android and access the hundreds of thousands of applications available for that platform.

There are currently only about 6,000 applications available for webOS, and most of them are phone apps that don’t necessarily play very well with tablets.