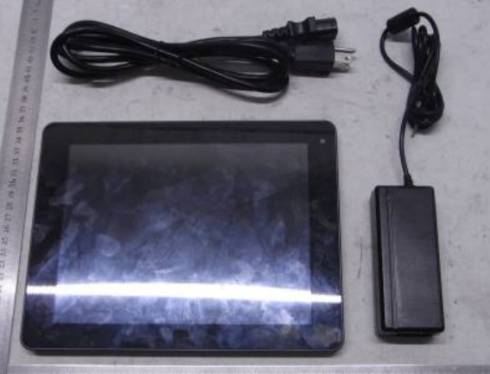 The Skytex Primer Pocket 4.3 inch portable media player may not be much of a tablet computer, but Skytex has another device up its sleeve that packs a little more punch. It’s called the Skytex SkyTab S-Series, and it’s a Windows tablet with a 9.7 inch display and a 1.5 GHz Intel Atom N550 dual core processor.

Skytex has been taking pre-orders for the upcoming tablet for $699 for a little while, and this week it showed up at the FCC website, which is a pretty good indication that it will be available soon. It also gives an opportunity to see what the internal components look like. It turns out they look like laptop parts.

The tablet also features a 1.3MP camera, 2 USB 2.0 ports, HDMI output, a microSD card slot, a mic and speakers, and a headphone jack.

One interesting thing mentioned in the user manual on the FCC website that’s not mentioned anywhere on the Skytex homepage is that the SkyTab S-Series will be “powered by ExoPC.” In other words, it will likely use the same touch-friendly software overlay for Windows 7 as the ExoPC Slate computer I reviewed earlier this year. The key difference will be that the SkyTab has a smaller (and lower resolution) display and uses a newer, faster processor.

Update: Yup, the SkyTab S-Series will be the first 9.7 tablet to use the Exo UI. Skytex says the new tablet will begin shipping in early October.

One reply on “Skytex SkyTab Windows tablet hits the FCC”