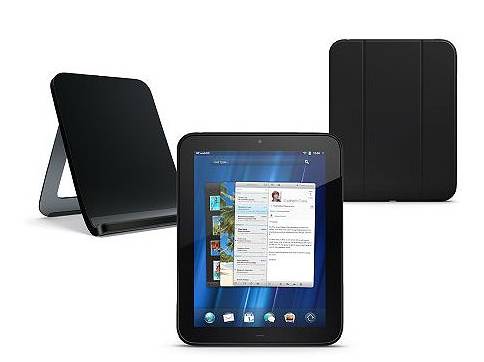 Once upon a time the HP TouchPad tablet was selling for $499 and up. And by once upon a time, I mean two months ago. But HP quickly cut $100 off the price and then a short while later canceled the product altogether and dropped the price to $99 for a 16GB model and $149 for a 32GB tablet.

So what happened to the handful of people that actually purchased the tablet at full price? That depends where you bought your TouchPad. HP is offering customers partial refunds, and now PreCentral reports QVC is following suit.

Earlier this summer QVC offered a bundle including a 32GB HP TouchPad, a case, and a Touchstone wireless charging dock for $659. When HP reduced the prices in August, QVC issued a $110 refund to customers, but now that HP has further reduced the prices, QVC is issuing a second refund.

Basically, the retailer now says the TouchPad bundle is worth $199.95, so QVC is refunding all of the money customers spent over that amount — and even refunding the appropriate amount of the tax paid.

Oh… in other news? That bundle appears to be in stock at the moment. While a $200 TouchPad, case, and charger may not be as cheap as a $99 tablet, good luck finding any store with just the 16GB model still available. And while the TouchPad may not have much of a future, you can give the tablet a little extra life by installing an alternate operating system. You can already install Ubuntu Linux, and soon you’ll be able to install Android as well.

Update: That was quick. It’s no longer in stock. It”s also possible that it was never in stock in the first place. QVC might have just been updating its product listing.