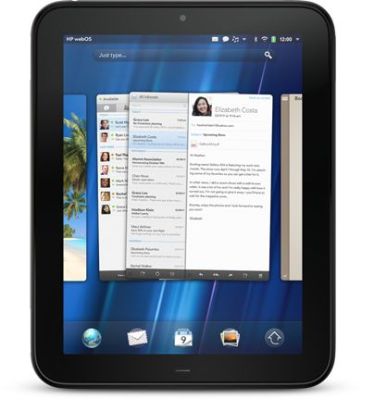 As promised HP is getting ready to sell one last batch of HP TouchPads before completely pulling the plug on the 9.7 inch webOS tablet. But it looks like the last batch of tablets will be made available first to HP employees.

It’s not yet clear whether the company will have enough to offer deeply discounted tablets to the general public — or if there will even be enough to fill the orders for all the customers who tried to buy one in recent weeks only to find out that HP and other retailers sold through their inventory almost as soon as the base price of the TouchPad dropped from $399 to $99.

TechCrunch has published a message from HP’s Stephen Dewitt to staff explaining that starting at 9:00AM Pacific Time on Wednesday, September 28th, HP employees in the US will be able to buy a 16GB tablet for $99.99 or 32GB tablet for $149.99.

The tablets will be available on a first come, first served basis and each HP employee can only buy one tablet — at least at first. It could also take up to 10 days for orders to ship.

The message doesn’t say how many tablets will be available.

HP’s TouchPad features a 9.7 inch, 1024 x 768 pixel capacitive touchscreen display, a 1.2 GHz Qualcomm Snapdragon dual core processor, and webOS 3.2 operating system. The hardware makes the device a pretty solid entry into consumer tablet space, but the software has been a little problematic. While webOS is a well thought-out operating system, it’s a little sluggish on the TouchPad, and there aren’t nearly as many high quality third party apps available for webOS as for competing platforms such as iOS or Android.

Responding to slow sales of the tablet, HP discontinued the TouchPad just a month and a half after launching the product, and started liquidating remaining inventory at prices far below what it costs to build the device. Once that happened, the TouchPad finally became a hit — as consumers rushed to buy a $99 tablet that’s actually worth much more than that.

It’s not a bad price for a digital photo frame, portable media player, or web surfing companion. Independent developers are also working hard to breath new life into the platform by porting Google Android to run on the TouchPad.