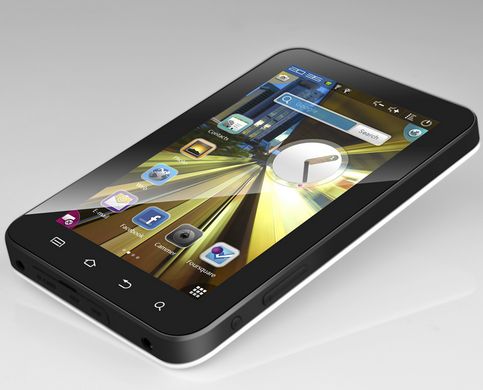 Android phones are now outselling the Apple iPhone (although there are hundreds of Android phones, and just a few iPhone models), and device makers are cranking out Android tablets in an effort to take on the iPad. But up until recently the iPod touch didn’t have much competition.

Samsung is set to launch a line of Android-powered portable media devices next month for $229 and up. That’s about the same price as an iPod touch. But while Samsung attempts to compete on features, other companies try to compete on price.

I recently reviewed the Skytex Primer Pocket — an $89 Android device with a 4.3 inch display and a 600 MHz MIPS processor. But the screen was pretty lousy, the processor too slow, and many apps didn’t run on the device.

Now Charbax from ARMdevices has an overview of another cheap Andorid device, and this one actually looks pretty promising. It’s called the N5Zero, and it has a 5 inch, 800 x 480 pixel capacitive (4-point) touchscreen display, a 1.2 GHz Rockchip RK2918 ARM Cortex-A8 processor, and 512MB of RAM.

The little device has 2GB to 16GB of storage and a microSD card slot for expansion. It runs Google Android 2.3 Gingerbread, and features a 3000mAh battery which is reportedly good for up to 5 hours of video playback or 20 hours of music playback.

There’s also a USB host adapter which you can use to connect external storage, a keyboard, or other accessories including a USB 3G dongle.

Pinch to zoom seems to work pretty well on the tablet, and 3D graphics look pretty good. The web browser could be a little faster, but it certainly looks usable.

The N5Zero actually looks a lot like a tiny Samsung Galaxy Tab. It has the same rounded edges, black bezel around the display, and capacitive touch buttons below the display.

Charbax says the tablet sells for $99 — but that’s the price for resellers. If and when you find this little guy on store shelves it will probably cost a bit more. Of course, the odds of finding it in the US are pretty slim, since the manufacturer pretty much ripped off Samsung’s case design.