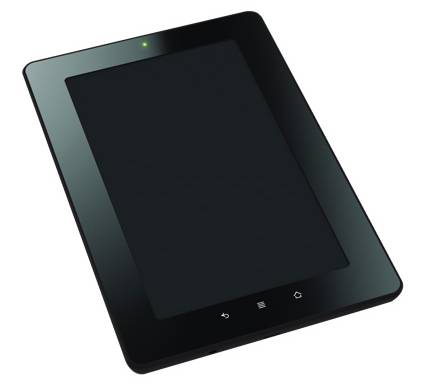 Barnes & Noble launched one first. This week Amazon followed suit. Now Kobo wants in on the action. The digital bookstore is launching a color eBook Reader with a 7 inch display and Google Android operating system.

The Kobo Vox showed up briefly on Canadian electronics store Future Shop’s website. The page has been removed, but MobileRead forum member mighty_worm grabbed some images and details before the page disappeared.

The listed specs also mention support for Adobe DRM, EPUB, and PDF files. I’d be surprised if those details were wrong, as they also apply to all of Kobo’s existing devices and apps.

While Kobo hasn’t officially announced the Vox tablet yet, the device did show up recently at the FCC.

The Amazon Kindle Fire and Barnes & Noble NOOK Color both featured tweaked versions of the Android operating system designed to highlight digital media and apps purchased from each company’s own content stores. It’s not clear whether Kobo will take a similar approach or if the company will release an all-purpose tablet that just happens to come with the Kobo Android app front and center.

2 replies on “Kobo has a 7 inch Android tablet too”