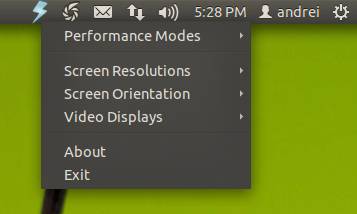 The Jupiter applet for Linux has offers netbook users a way to control the clock speed of Intel Atom chips and some other advanced features. Jupiter has been available for a few years, but up until recently there was no easy way to use Jupiter with Ubuntu 11.10 Oneiric Ocelot.

That’s not a huge surprise, since Ubuntu 11.10 won’t officially launch until October, but beta versions of the popular Linux distribution have been available for a while. Now the folks at WebUpd8 have put together instructions for installing a hacked version of Jupiter that supports Oneiric Ocelot.

Basically you need to download the special version of Jupiter from the WebUpd8 repository, install a custom Eee utility if you’re using an Asus netbook, and you should be good to go.

Jupiter also gives you quick access to other settings including the screen orientation, screen resolution, and wireless options for many netbooks.

5 replies on “How to use Jupiter with Ubuntu 11.10 to control netbook power features”