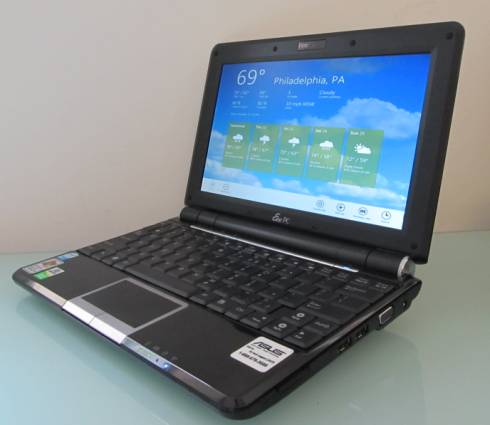 Update: The guide below was written for Windows 8 Developer Preview and will not work with the Windows 8 Consumer Preview released on February 29th, 2012.

But you can still enable Metro style apps on Windows 8 Consumer Preview — you just need to download a graphics driver that lets you adjust your screen resolution from the Intel download center.

Windows 8 features a new user interface designed for touch-friendly devices such as tablets. But you don’t need a touchscreen to use the new Metro Style user interface. You just need a display with a screen resolution of 1024 x 768 pixels or higher.

Unfortunately that rules out almost every netbook ever made, since most netbooks have 1024 x 600 pixel or lower resolution displays. That’s a shame, because Metro apps would look really good on these devices. Not only are Metro apps designed with nice big, finger-friendly graphics, but they also tend to be full-screen apps which take advantage of every pixel on your device. That’s something that’s even more useful if you have a low resolution display.

The good news is that if you’ve downloaded the Windows 8 Developer Preview to test on your netbook, there’s a simple registry hack that may allow you to adjust the screen resolution and run Metro apps. I’ve tested this hack on an Asus Eee PC 1000H netbook with a 1.6 GHz Intel Atom N270 processor and GMA 950 graphics. If you have a different chipset your results may vary.

From the Windows 8 Start Screen, just start typing “regedit” without the quotes. 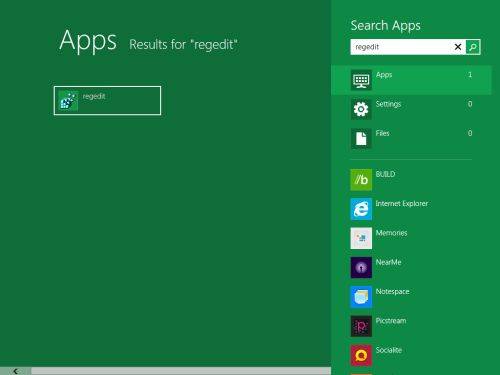 The Registry editor appear on the left side of the screen. Tap it to launch regedit.

Hit the Ctrl+F keys on your keyboard to bring up a search box, and search for “Display1_DownScalingSupported” without the quotes.

Once your computer finds that entry, double-click it to bring up a box that should have a 0 in it. Change that number to a 1 and then click OK to close the box. 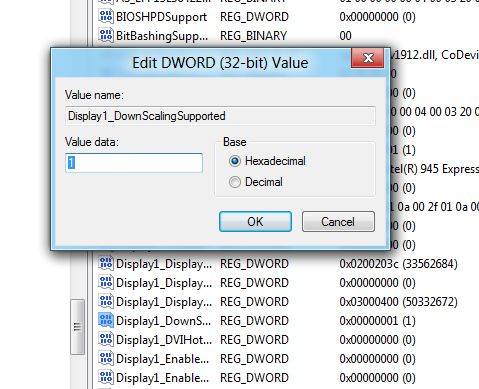 Now hit F3 to search for any additional instances of the Display1_DownScalingSupported setting and change those form 0 to 1 as well. On my system there were two entries.

Once you’re done, go ahead and exit the regedit program.

Once your computer restarts, click the Desktop button from the Start Screen, right-click on the desktop, and select “Screen resolution” from the context menu. 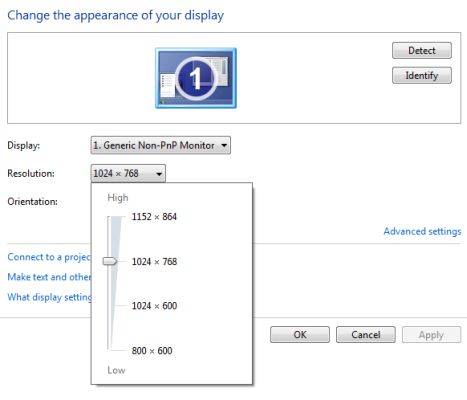 That should do it. Now when you go to the Start Screen you should be able to tap on Internet Explorer, Weather, and other apps and load the full Metro style versions of those apps. Now you can try out the Metro user interface on an older netbook.

The bad news is that your screen still has a native resolution of 1024 x 600 pixels or less. All this hack does is try to trick your computer into thinking you have a higher resolution display using some funky pixel techniques. The end result is some text and graphics might look stretched, cramped, or just downright awful.

I kind of hope Microsoft either changes the screen resolution requirements in future builds of Windows 8, or pressures netbook makers to release computers with higher resolution displays starting next year.

Note that you may also be able to alter your screen resolution without making any registry hacks by downloading an alternate driver for your GMA 950 graphics processor.