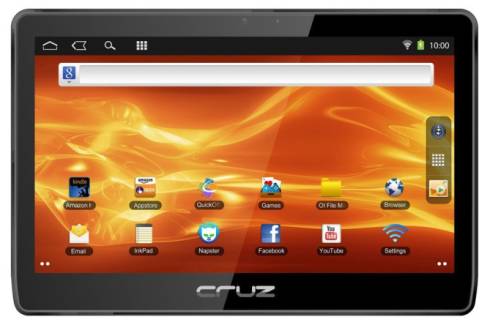 Velocity Micro recently started selling off its older tablets at rock bottom prices to make way for new models. Now the new models have arrived… or almost arrived, anyway. The company formally introduced two new tablets today, but it looks like there are actually four new models. Amazon is taking pre-orders for each.

Here’s a quick rundown of each new tablet. All four ship with the Amazon Kindle app and most also include the Amazon Appstore as well as a few other Android apps.

There’s not as much information about the cheaper Cruz PS-series tablets yet, but these look like they’re designed to replace Velocity Micro’s low-end eReaders, so I wouldn’t expect blazing fast processors or high resolution displays on these models.